It was pretty clear from Huxtable‘s last single ‘Don’t Do Anything Fancy’ that the Scottish riff rockers never signed up to play the rock-by-numbers game, after all just how many singles do you know with a kazoo solo? Well, just when you thought the band could not get any more quirky, Huxtable have once again proved their love of fun with the new video for their latest explosive single ‘Super Toxic’.

Huxtable utilised the ancient art of puppetry to film the tongue-in-cheek video for ‘Super Toxic’, which features their very own alter egos and is packed full of the bands synchronized sense of humour. What more can we say? Check out the cracking video for yourself below!

Huxtable are only two in number, but have the sonic power of many, as anyone who has seen them live can attest to. Jordan Yates and Mark William Brown have spent the past three years perfecting their sound, described by the duo themselves as “riff-rock”, building themselves a devoted following in the process.

Want to know more about ‘Change Shape Future’? Huxtable comment:“’Change Shape Future’ is all about embracing change and how if you want something different out of life you need to make changes. It’s a pretty basic idea really, but one I think we need to be reminded of. Constantly adapt to where you want to be in the future- make the change that will shape your future.

We’ve been writing for about 18 months, the original plan was to do an album- but we decided that an EP would be the best way to go- It’s quite a nerve racking thing having been in a little bubble for so long and now we are thinking- “this is the most confident record we have made, let’s see if people agree!” It’s an excited nervousness.”

Having formed in early 2014, Huxtable have already been touring across Scotland, leaving a trail of stunned gig revellers behind them wanting more. Their live performance and stage presence also brought them supporting slots for; Biffy Clyro, Slaves, Fatherson and Zane Lowe to mention a few. They have also released a Mini Album, and an EP entitled ‘It’s A Trap’. In 2016 the band returned to the grind of touring and performing across the country, and also released single ‘Favourite Thing’ which received airplay on The Vic Galloway Show on BBC Radio Scotland. The remainder of 2016 saw the band in the studio writing and recording ‘Change Shape Future’, in 2017 Huxtable are sure to explode on to the scene. 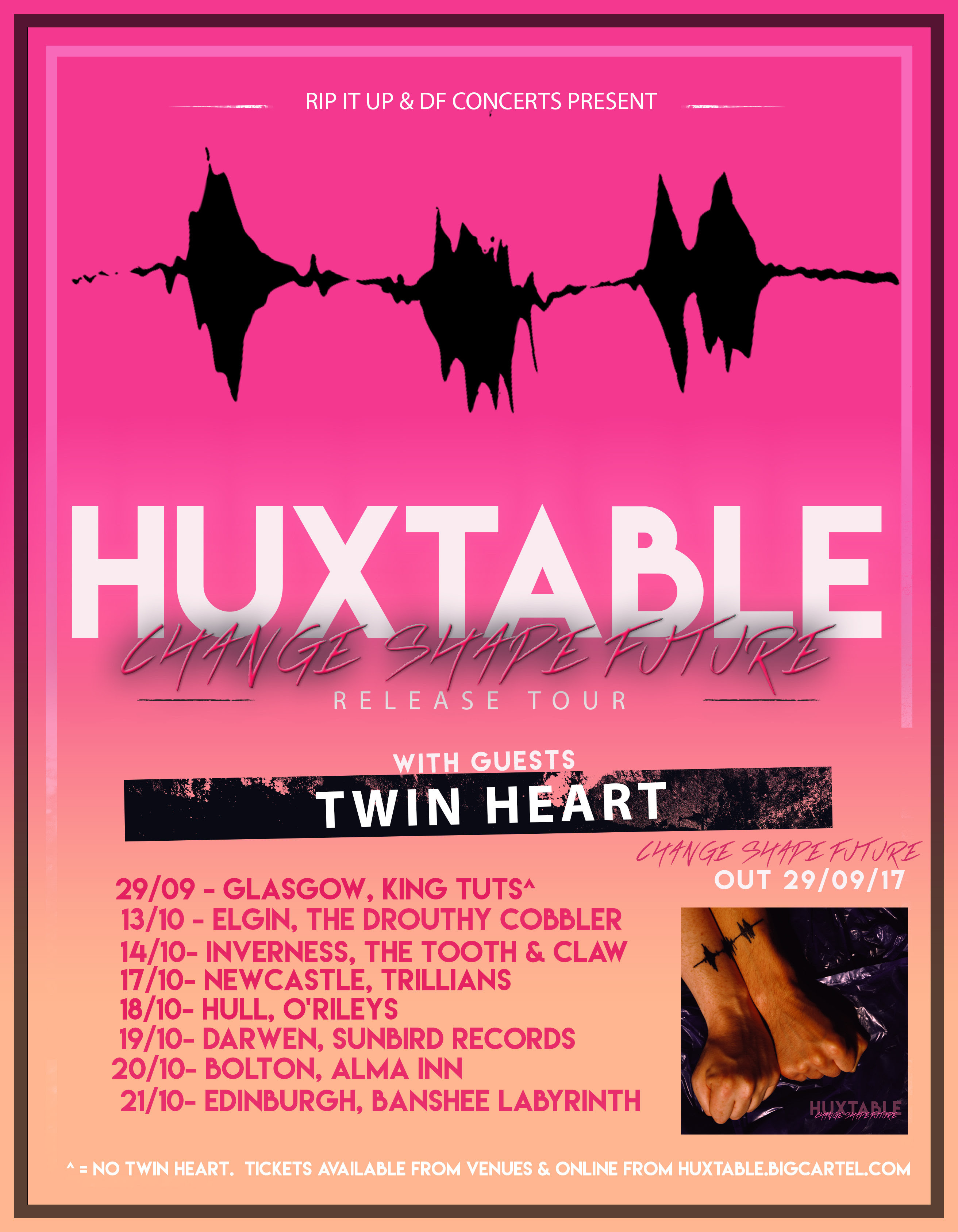