British alt-rock trio Press to MECO have just announced they will play a headline show at The Black Heart in London on 11th April, following the release of their new album, “Here’s To The Fatigue”. Wallflower and Future Love will support. “The Black Heart is one of our favourite London venues. We’re excited to play these new songs and celebrate finally releasing this album!” – Press to MECO
Tickets are available here: www.seetickets.com/tour/press-to-meco-album-launch
The band will also play a free in-store show at Banquet Records, Kingston on the day of their album release. 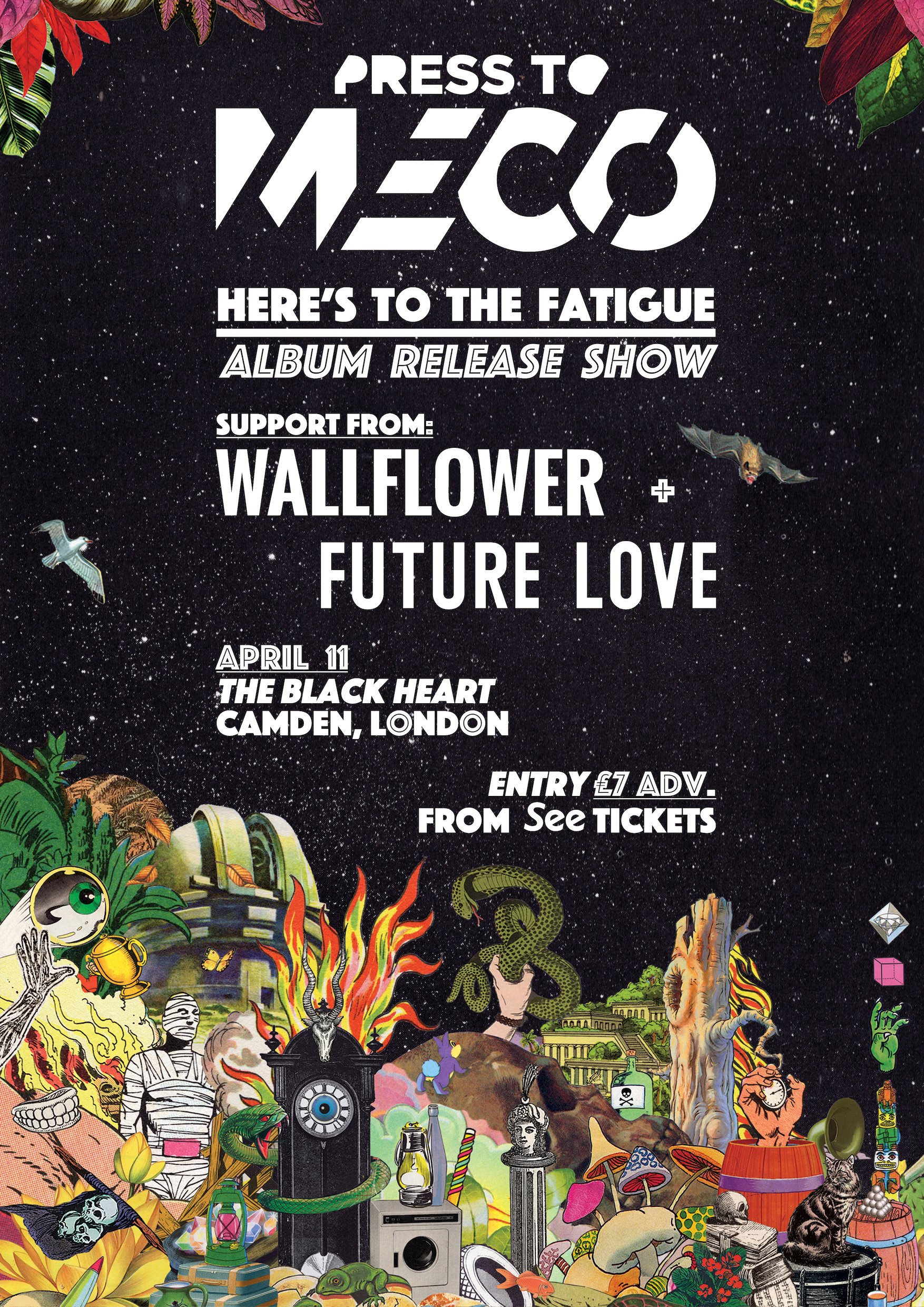 Press to MECO recently released a video for their latest single “Familiar Ground” which you can check out here:

Written in a concrete garage on the backstreets of suburban Croydon and crafted in a barn in Dripping Springs, Texas, “Here’s To The Fatigue” sees Press to MECO refine the songwriting finesse of their debut which won them a nomination for Independent Album of The Year at the 2016 AIM Awards, to create an incredibly emotive and powerful new beast. The album was recorded, produced and mixed by ‘Machine’ at The Machine Shop (Every Time I Die, Lamb Of God, We Came As Romans).

“Here’s To The Fatigue” Track listing:

1. Intro
2. Familiar Ground
3. Here’s to the Fatigue
4. If All Your Parts Don’t Make a Whole
5. Skip the Crawl
6. A Place in it All
7. Howl
8. A Quick Fix
9. Itchy Fingers
10. The Things That We Don’t Talk About
11. White Knuckling
Pre-orders are available at the following link: https://fanlink.to/presstomeco

Check out the previously released videos from “Here’s To The Fatigue”:

If All Your Parts Don’t Make A Whole:

Here’s To The Fatigue: