A few weeks ago, members of the music press and fans alike began to receive emails from the enigmatic and down right spooky Renée Haynes, creating a rather terrifying buzz about who this person was and why they had suddenly emerged.

The internet did its best work and discovered a bit about Renée, such as she worked for the Society for Psychical Research… oh yeah and she died 24 years ago.

Stemming from Renée’s communication was this grotesque painting, one perfectly spooky with blood dripping from the curtains and old man pee puddles. 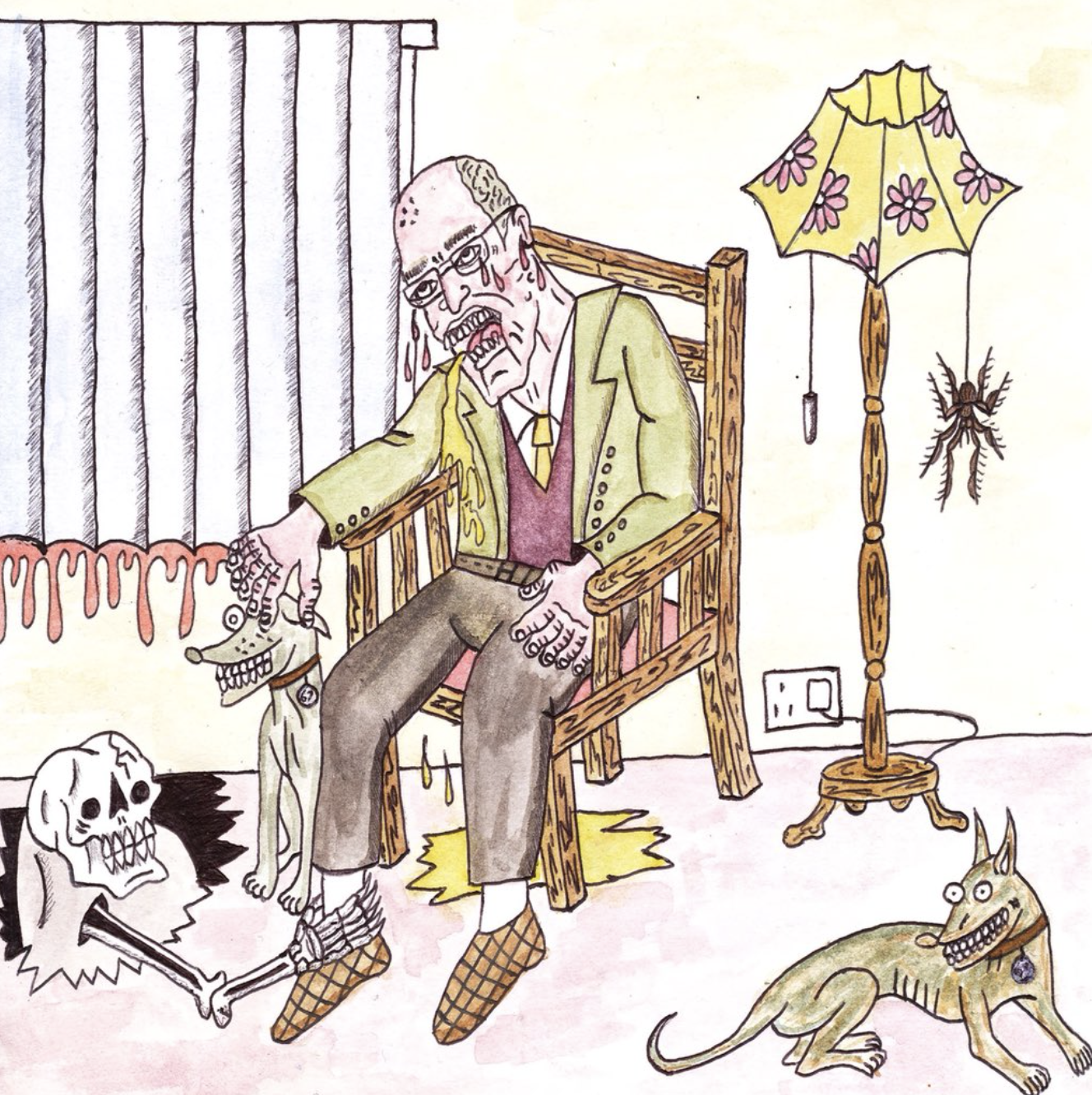 Things became extremely unnerving once the first message from the aforementioned David came in. 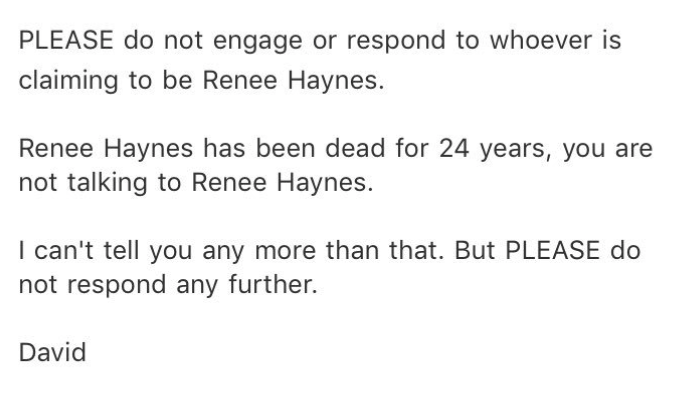 As conversations progressed, everyone got different responses from the occult characters. The mystery drew upon the Enfield hauntings, further referencing a church that opens it’s doors to hell…. and a Chinese restaurant in Holloway?!

We were told that this mystery would all come to an end on Thursday the 9th of August. And amidst the excitement of digging deeper into the life of Renée Haynes was the suspicion and assumption that this was just one big PR campaign. A rather spectacular, interesting and well thought out PR campaign at that.

Twitter accounts were held captive by this mystery as Thursday loomed over our heads. Then all things came to fruition.

We’re pleased to announced that we’ll be releasing the brand new EP from POLT HER GEIST through The LP Café this November! https://t.co/tnsTZ4gWYy please tell David

All of these cryptic messages, wild goose-chases and genuinely scary images were part of a PR campaign for Death-Punks, Polt Her Geist. The announcement was that they have an EP to be released in November alongside the show they were to play that night at the same Chinese restaurant alluded to by the Renée mystery. All of this came with a music video for their new song ‘Haemorrhage’ which we got Sam Stephenson to talk about;

“Hemel hardcore mob Polt Her Geist resurrect Scogin-era Norma Jean in a minute long blast of dissonant rage. Expect a starter of grinding riffs and feedback before the snare cracks in and you’ll be throwing fists before you even know it. Old-school panic chords are littered throughout, making you wish it was 2002 again, before the whole thing breaks down into a churning spin-kick frenzy leaving you gasping for more. Sure, there isn’t too much in the way of originality here, but if you just need something fresh to break your living room to: then Polt Her Geist should be right at the top for your list as wrecking crew of choice.”

The way that the buildup perfectly targeted those possibly interested was masterful, setting that corner of Twitter alight with rumours, theories and discussion. The attention to detail in the chilling real life events it would mention were done with care and only served to make the situation feel more real and terrifying. Ultimately it wasn’t done for nothing either as it turns out Polt Her Geist sound just as exciting as the events they referenced.

Before the announcement, many thought that Creeper were going to be at the bottom of this PR campaign and that’s nothing but a compliment to Polt Her Geist. Creeper are the gold-standard for this kind of thing, crafting an entire dark world around the lore of their band and what they make music about. Their level of cultivation around a story is admirable and seeps into all they do; while this isn’t expected from Polt Her Geist, it would be a shame to see the Renée Haynes experience come to an end so soon.

Ultimately, it’s refreshing to see a band doing something different in their promotion. With such a massive proliferation of music around right now, standing out in your own little way is special, and what Polt Her Geist have done brings fan and band together as one. Despite how excellent this method of PR is, it’s one done best when it takes you by surprise: Renée Haynes was a delight to experience, a rare treat and one hopefully not ripped off soon.

You can make up your own mind on Polt Her Geist on November 16th when they release their new EP, ‘Haemorrhage’. For now, check out ‘Haemorrhage’.

@abandcalledheck know how to make a comeback don't

@creepercult on the main stage this evening at @20

We loved that @holdingabsence were added to the @2

@delairetheliar brought all the energy today at @2

@phoxjaw killing it on the main stage at @2000tree

Now, you don’t want a hard beating, do ya? Just