Progressive death metal titans THE FACELESS have announced a UK and Ireland headline tour for February 2018!

The four-piece will tour in support of their fourth studio album, “In Becoming A Ghost” due for release on 1st December 2017 via Sumerian Records. With a blend of eerie melody and harmony combined with fast-paced drums and blast beats, it’s guaranteed to leave the listener in shock. Featuring a cover of “Shake The Disease” originally performed by Depeche Mode, this album encases a variety of skilful songwriting, arranging and dynamics – everything that has come to be expected from THE FACELESS.

Check out the first single from the record”Digging The Grave”!

The tracklisting and artwork has also been released! Check it out here!
“In Becoming A Ghost” tracklisting:
1. In Becoming A Ghost
2. Digging The Grave
3. Black Star
4. Cup of Mephistopheles
5. The Spiraling Void
6. Shake The Disease
7. I Am
8. Ghost Reprise
9. Instrumental Illness
10. The Terminal Breath

Catch THE FACELESS in the following cities in February 2018: 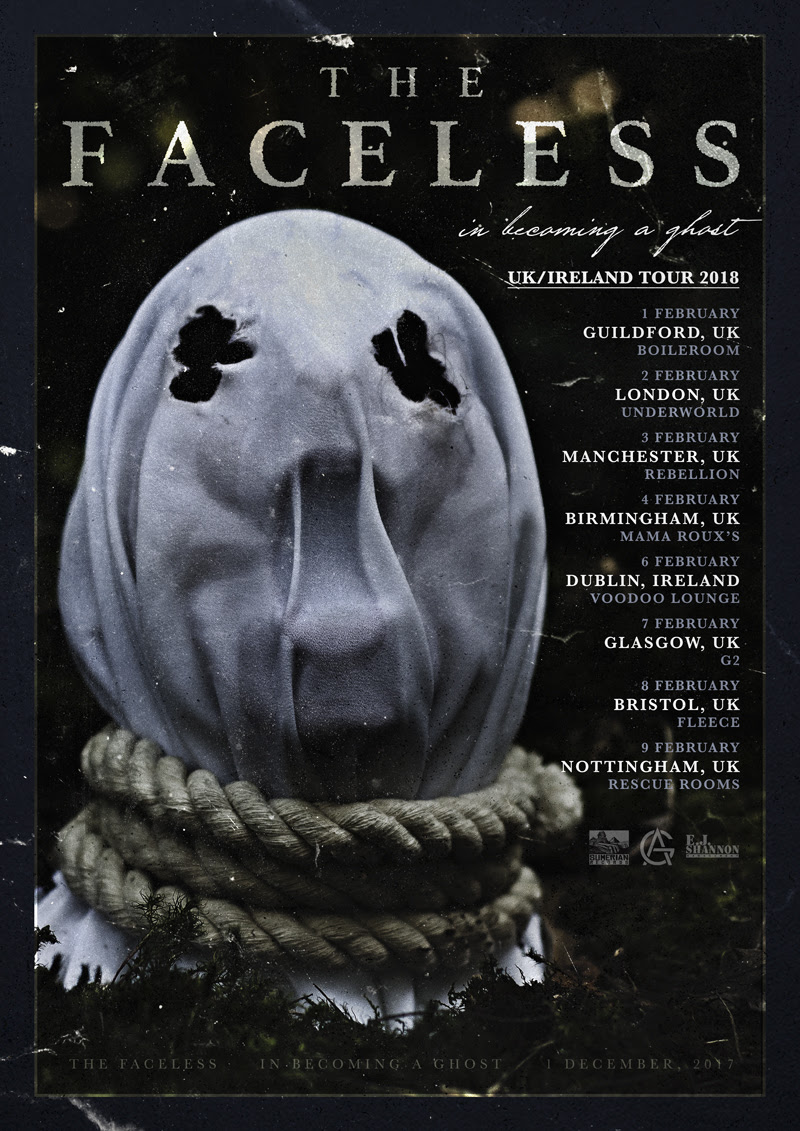