Bringing some of the strongest 90’s rock/grunge sounds into the modern age, Bristol band The Vigil have announced that they will be releasing new single ‘Find A Way’ on the 17th of November. Packed with impressive solo’s, sleazy riffs, gravelly vocals; this is a storming single from a band who have spent years perfecting their sound.
‘Find A Way’ is taken from the bands debut album ‘Save Our Souls’ which they released in 2016 to critical acclaim. This incredible release was produced by Nigel Pulsford from the band Bush, who is a long time supporter of the band and even played guitar on some of the tracks. Building on the existing success of Save Our Souls, Find A Way is The Vigil’s latest push towards the summit of the twenty first century post-grunge mountain.
The Vigil has its roots going back to the late ’90’s when as kids Dom Mehigan (Bass) and Olly Smith (Guitar/ Vocals) would jam around each other’s garages choosing to focus on original songs rather than the Britpop of the day or covers.

With a sound more in tune with their influences of Nirvana, Everclear, Smashing Pumpkins, and digging deep into the US underground with acts such as 7 Year Bitch and ’80’s punk rock like the Dead Kennedys and Fugazi. The Vigil enlisted Jamie Davenport on drums and Robbie Schuck on the six string, and the line up was complete.

To get a taste of what The Vigil have to offer, check out previous single ‘All You’ve Done’ below. 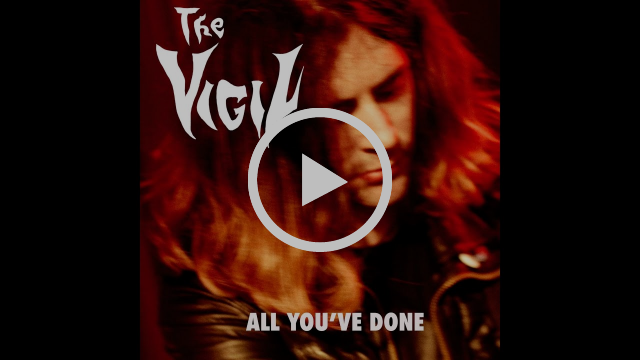 Having performed together under various names and guises, The Vigil moved to Bristol, integrating into that scene and supported some impressive bands, such as their early heroes Everclear, Therapy?, The Datsuns and Puddle of Mudd. Following a great reaction from the crowds, they knew they had to make an album. They began looking for a producer and realised lead guitar was an important element to the overall sound they wanted to achieve. On learning that Nigel Pulsford from the multi platinum selling British rock band Bush had moved to nearby Bath, they got in touch.To the bands delight Nigel was interested in working with them as their producer, as well as offering to play lead guitar on the album. “Nigel is by far my favourite lead player from the ’90’s alt rock explosion with such an interesting approach and texture that isn’t your standard rock guitar licks” says vocalist  Olly. “Making the album was a really exciting time, some days we would have Royal Blood in the next room over and The Pixies were in the studio after us we knew we were in the right place. The album is the out pouring of our entire musical journey from when we were kids to the present day, the struggle, the moments of triumph and most of all, the expression of a sound that we’ve longed for in other bands that we have tried our best to deliver. We are very happy with how it has turned out and it will hopefully allow us to build on the sound and make another album.”