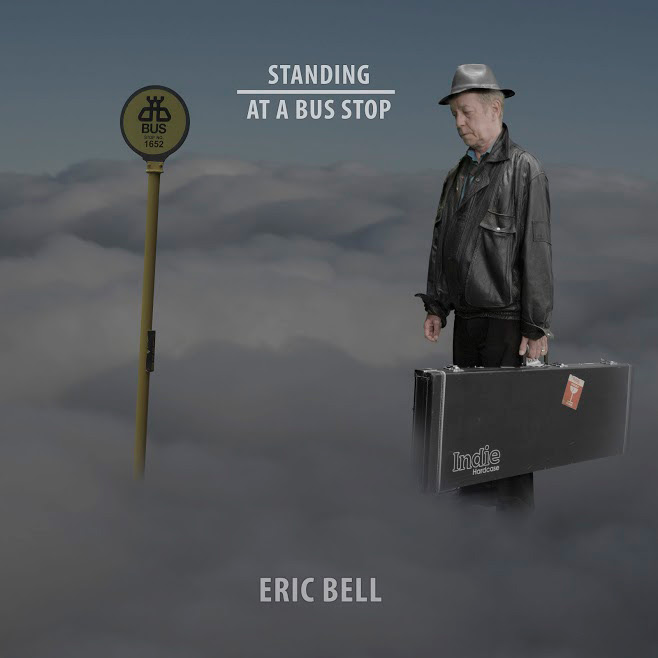 “It would have been very easy to become Thin Lizzy part II,” says Eric, “but I’ve always gone my own way. You shouldn’t be scared to take a chance and experiment. Whatever talent I possess, I want to use it and you can’t do that if you’re always looking to the past.”

Once again, Eric draws heavily on his own life for inspiration on this record (and his extraordinary life has certainly produced plenty of song writing material!), crafting songs that are highly personal yet completely universal – songs of love and loss, dreams and memories, good times and bad. Some are recent creations, reflecting Eric’s thoughts on the modern world; some were written years ago, forgotten and rediscovered for this album.

“You get a free razor blade with every copy!” laughs Eric. “The songs on this album might be a bit melancholic but they’re not miserable. They are honest, they’re about real people and places and capture certain points in my life that meant something and made me who I am.

“I was never really considered a songwriter until Exile,” he adds, “so it’s amazing to have the chance to do another record. It feels like a natural progression for me. Like maybe I can write after all.”

Eric Bell reveals the stories behind the songs on Standing at a Bus Stop:

Back Door Man
“This is my version of the great man’s classic. This track is all about the feel, and the authenticity of the guitar. You have to get the guitar rhythm just right with the riffs kicking in. Felt great”

Changing Room
“Another relationship song – this one was with a very cultured lady (I don’t know why she went with me). We met while I was in Thin Lizzy and she got a taste for the money – the best hotels, limos, the lot. She loved money but after I left the band I was just another struggling musician and I couldn’t provide that any more. I was selling second hand clothes on Camden market to make ends meet. This song is about those times.”

In Memory of Django
“Django Reinhardt was one of the greatest influences in my life as a guitarist. I couldn’t believe the complexity of what he managed to play and how he played it. This is my tribute to him”.

Frustration
“This Tamla Motown inspired song is a conversation between two people; a junkie waiting on his fix and someone – maybe himself, maybe someone else – saying ‘be strong’. The frustration of the junkie – those things stay with you. Your life is like a circus and you start to lose reality. You need a valid reason to leave that world – I think this song subconsciously comes from that place.”

Golden Days
“Quite a happy song – I must get rid of it! It’s got a Chuck Berry, 50s Americana feel. I love that style; those guys were real. I had the fortune to work with Bo Diddly for six months and he was so full of life and wonder. I can’t help but be influenced by all those old bluesmen. They were true pioneers.”

Mystery Train
“A rocking cover in a rockabilly style. I don’t often do that finger picking style, but it’s such a great track I thought I’d give it a go. I’m a huge fan of early Elvis so he gets one of the two covers on the album.”

One Day Too Early
“Classic Robert Johnson blues vibe. Relationships are fertile ground for blues songs and like many others, this one is a true story. It’s about a time when Thin Lizzy were touring in Europe. Our last gig was cancelled so I came home a day early and she told me she was sleeping with the guy upstairs. Keith Richards once said: “The thing about being a songwriter is, even if you’ve been fucked over, you can find consolation in writing about it, and pour it out.” Maybe I’ve got a bit of Keith Richards in me – I might have had some heavy relationships but at least I got some good songs out of it. This happened in the early 70s and it’s taken all this time to come out in a song. Sometimes I just have to get the crap out of my head.”

Pavements Paved With Gold
“In this one I’m trying to emulate the sound of the banjo on the guitar to create an Irish sound – the “favourite Paddy rhythm”! The song is about Irish working class navvies coming to London and promising to send money home but ending up drinking it. It’s also about being homesick, about being in a strange country and wanting to be home. It’s a bit autobiographical I suppose – being in a band is he musical equivalent of digging roads.”

Reality
“I wrote this a few years ago about a relationship that failed, it’s a very personal story. It almost like therapy to get it out. It’s influenced by traditional Irish laments, it’s got that traditional tempo – I can’t help that heritage creeping in.”

Standing at a Bus Stop
“The title track is based on a a profound memory in my life. Years after I left Thin Lizzy, I found myself back in Dublin. It was ten years after I had first visited there, joyous about getting my first professional job as a guitarist in an Irish Showband. I used to get the bus to rehearsals then. 10 years later I found myself standing at the same bus stop feeling like everything was over. It was a dark time. It’s also kind of a symbolic song that you never know what life is going to throw at you…good and bad…and you just have to somehow look forward..not back”.

Walking Through the Park
“Ormeau Park in Belfast. It’s a magical place that I’ve known since childhood so I’ve lots of memories of it. One night I was staying at my Aunt’s and I walked through the park at night. I was the only one there and I got an idea for a song in my head as I was wandering around looking up at the sky. Ten years later I wrote about it – there’s no time limit to a good song! It’s about the realisation that we’re on a tiny planet floating in space – the amazingness of that. It’s bizarre when you think about it. The song has quite a spiritual element to it.”