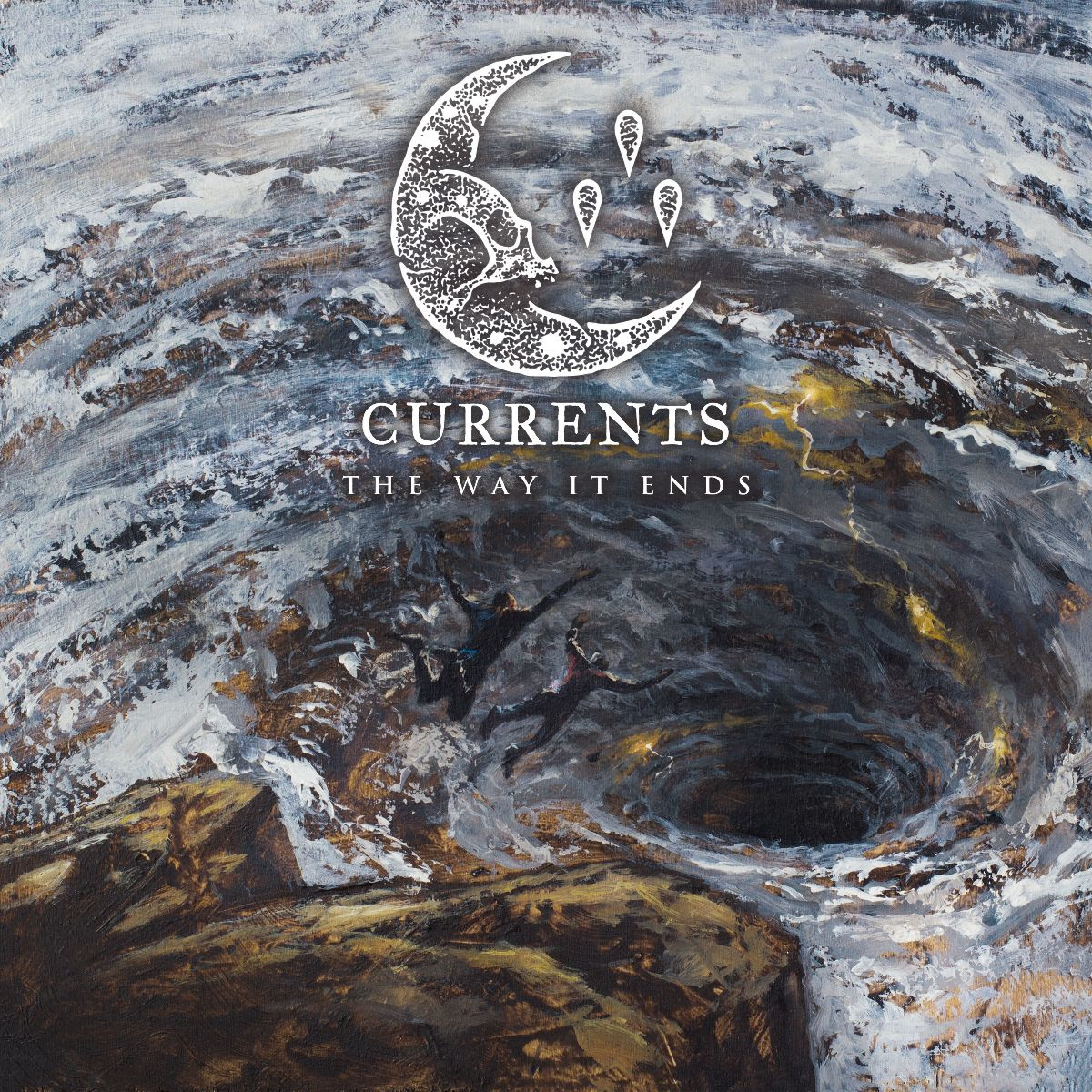 Currents have done an intimidating step up on their second full-length album The Way It Ends. They channel their individual experiences and perspectives to convey a vast variety of emotions that shouldn’t be left buried. Through weaponized outbursts and death-infused metalcore sound, the Connecticut five-piece do not shy away from themes rooted in dark emotion; touching on everything from abandonment to heartache and man-made catastrophes, further escalating their heated sound to the next level.

The sick riffs embellished with tricks are signature stylistic elements that the audience have come to expect from Currents. In songs like ‘A Flag To Wave’, which serves as the band’s anthem and intensely kicks off the album with a devilish dynamic, they incorporate a modern take on metalcore chunky, low-tuned guitars, with breakdowns and melodies that have aspects of classic metal, and that of an earlier era’s metalcore sound. The outstanding guitar play exaggerated with shrieking guitars and electronic background sounds on songs like ‘Monsters‘, add the perfect details to the overall hectic/angsty theme – it’s exactly what the heavier songs on this album needed to be taken to the next level. Topping everything off, is the contrast between Brian Wille’s clean and screaming vocals, that makes the powerful lyrics stand out even more.

It’s notable that there are sudden fluctuations of melodies and intensities between the tracks throughout the album. The record starts off with a moody, atmospheric intro of ‘It Was Never There’, before plunging into the rest of the album. In contrast, tracks like ‘Kill the Ache’ and ‘Split’ incorporate slight electronic elements, synths and keys, driving the songs forward, while still feeling new and most importantly, unpredictable. Although it may seem like these variations slightly disrupt the overall flow of the record, there is a solid narrative to it. The ongoing attacks of fast-feeding drums and riffs in blast beats and breakdowns, are stripped back with breaths of ambient, more tranquil moments.

As a considerable fraction of the album is about abandonment, the theme is built to a crescendo by ‘Let Me Leave’, serving as an opposite perspective narrative from a first-person’s account of the one who walks away. Coming to a close, with songs like ‘Second Skin’ and ‘How I Fall Apart’, they showcase what this band is about – Currents manage to dig deep enough to bring to the surface all of the forbidden aspects of a tortured soul, showcasing just the right amount of angst in a search of meaning amongst the chaos.

The Way It Ends thematically succeeds the band’s striking first full-length album The Place I Feel Safest (2017), and musically follows-up their distinctively heated EP I Let The Devil In (2018). It’s a record that is uncompromising, setting the atmosphere cold and depressive. Through their emotionally charged music, Currents once again establish a true display of raw emotion, further proving themselves without compromising their core. It should be really exciting to see how this album will translate live, as it’s full of mosh-worthy moments that will certainly capture their audience.

Album Review: We take a look at the new album 'Mar

Album Review: We take a look at the new EP of b-si

Album Review: We take a look at the debut record f

Feature: We caught up with futuristic rock trio @t

Album Review: Billy takes a look at the second alb

Feature: We caught up with @sentinelsnj vocalist