Manchester duo The Hyena Kill are gearing up to hit the road in April. As a taster of what to expect The Hyena Kill reveal a video for current single Exit Mask, which showcases a heavier side to their sound and captures their unrelenting and full throttled live presence.
“We wanted something energetic and manic with a real DIY feel” explains vocalist and guitarist Steven Dobb,  “it’s such an in your face tune when we play it live and Mya who made the video captured that energy perfectly” 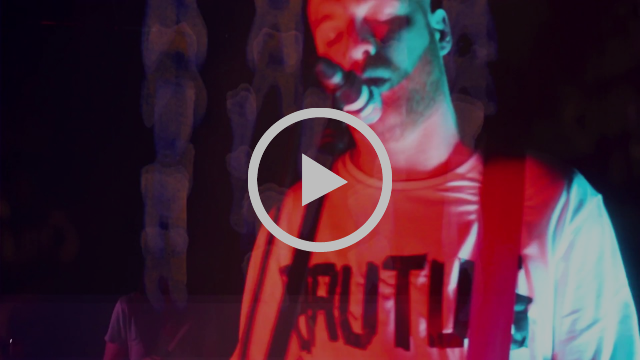 Exit Mask is taken from forthcoming EP Spun, due 23rd April on APF Records, of which Steven says “We wanted to make a record that was a brutally honest representation of our music, and us as people. Our debut album ‘Atomised’ was a benchmark for us but for this record we really got into the crafting and feel of the songs”
‘SPUN’ Track Listing
1 – Exit Mask
2 – Panic Womb
3 – Ribbons
4 – Pound Of Flesh
5 – Dare To Swim
6 – Cells

The Hyena Kill are fresh from touring with Arcane Roots, and are heading to Spain in early April for a handful of shows. They will then return to the UK for a headline run, before heading to Teddy Rocks andDownload Festival in the summer. Full live dates are at the bottom of this press release.
The Hyena Kill formed after guitarist and vocalist Steven Dobb met drummer Lorna Blundell at a house party in 2012, and the two instantly clicked over a mutual love of bands such as Tool and Deftones, subsequently arranging a jamming session a few days later.

2016 saw the release of debut album Atomised, an album that marks out the Manchester duo as one of the most vital and uncompromising acts to emerge from the UK’s underground rock community in years. Widespread praise for the release fuelled a hefty touring schedule, highlights including 2000 Trees, support to New Model Army, Max and Igor Cavalera, Fu Manchu, The Virginmarys,  and Brutus.

Watch this space for further news on The Hyena Kill.

“For Issue 5 of Hardbeat we spoke to the masters

In case you missed it. Full galleries from @bobbyv

NEW GALLERY! We bring you photos of @landmvrks /