Norway’s extreme metal band, VECORDIOUS, have announced the release of their full-length album ‘Anthropogenic Deterioration‘ on December 1st, 2017. The album was mixed and mastered by Dan Swanö (Katatonia, Edge of Sanity, Karaboudjan, Pain). A teaser video can be viewed here: https://youtu.be/2iJdCmdUAP8

The cover artwork for ‘Anthropogenic Deterioration‘ was made by Chris Cold and the album layout by Tröllpeis. 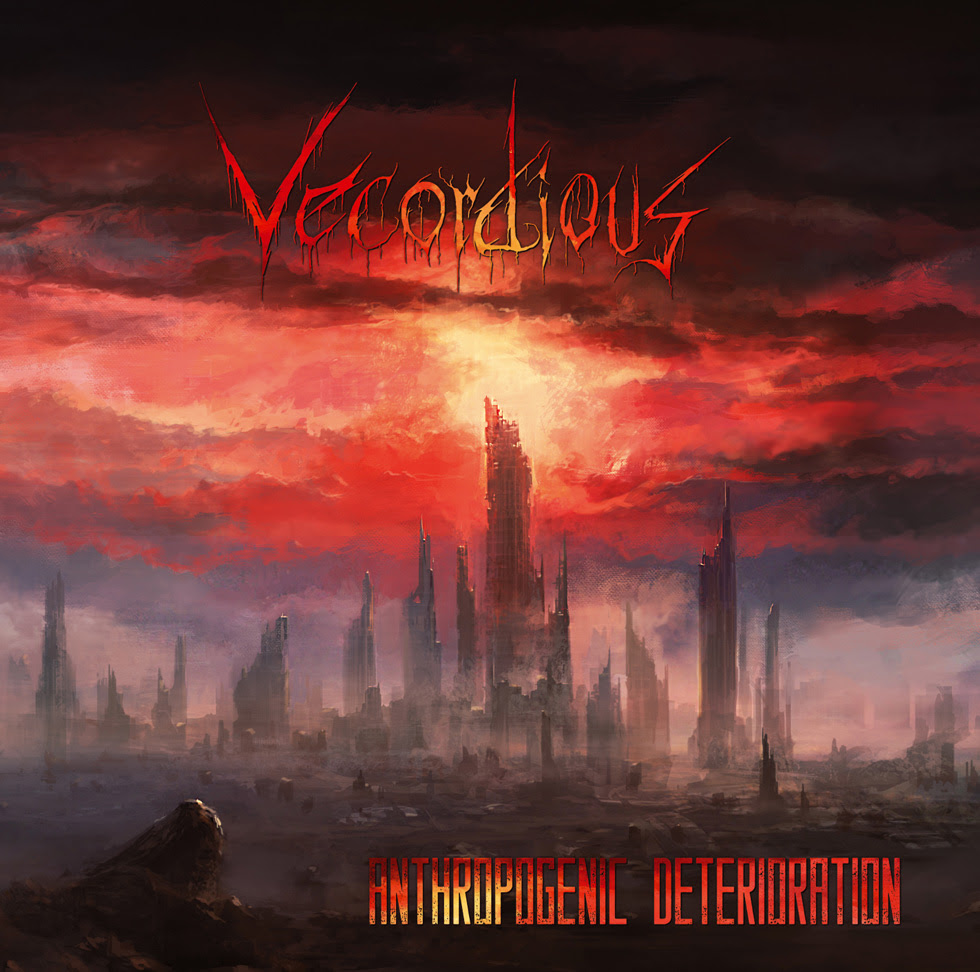 1. Descent Of The Djinn
2. Purging
3. Sentinel Of Decay
4. The Lycan
5. Awaiting Decimation
6. A Septic Illusion
7. The Apparition
8. The Helmsman
9. Ghastly Sepicity
10. Aberration
11. Demon Of Demise

Vecordious is an extreme metal band that have been lurking in the underground of Norway until now. They consist of members with experience from other bands in the Norwegian scene like Cor Scorpii, Posthum and Celebratum. Their music is a combination of black and death metal with a hint of avantgarde. The band has previously released the EP “Reminiscence”, which made the critics long for a full-length album.